The island of Milos is mentioned in the books of many ancient writers with various names such as: “Biblis”, “Gorgis”, “Mimillis”, “Acitus”, “Zephyria”. It is believed that the name of the island derives from the photo-hellenic word “vilos” which then was transformed to “milos”, which meant a sheep.

The first dweller of the island as the myth has it, was called Milos. According to the legend, a young man with this name went from Dilos to Cyprus, where he met the family of king Cineras.
Then, he became friends with the king’s son Adonis, and got married to the king’s daughter, Pelia. The friendship between the two men was so strong that, when Adonis died, Milos got hanged from a tree, which was named “milia” or apple tree. Milos’ wife committed suicide too.
Aphrodite, the goddess of love, was so moved by that event that she turned Milos and his wife into pigeons.
The son of that couple got the name Milos, he went to the Aegean Sea and finally resided in the island of Milos.
The first inhabitants of the island came from Phoenicia and Karia.

Milos has got a lot of beaches with exquisite beauty. We should mention that every beach you are going to visit during your holidays on the island, is so distinguished in the Cyclades and the whole of Greece. Each beach is surrounded with special rocks. Your access to most of the beaches is through streets while to some others is by boat. 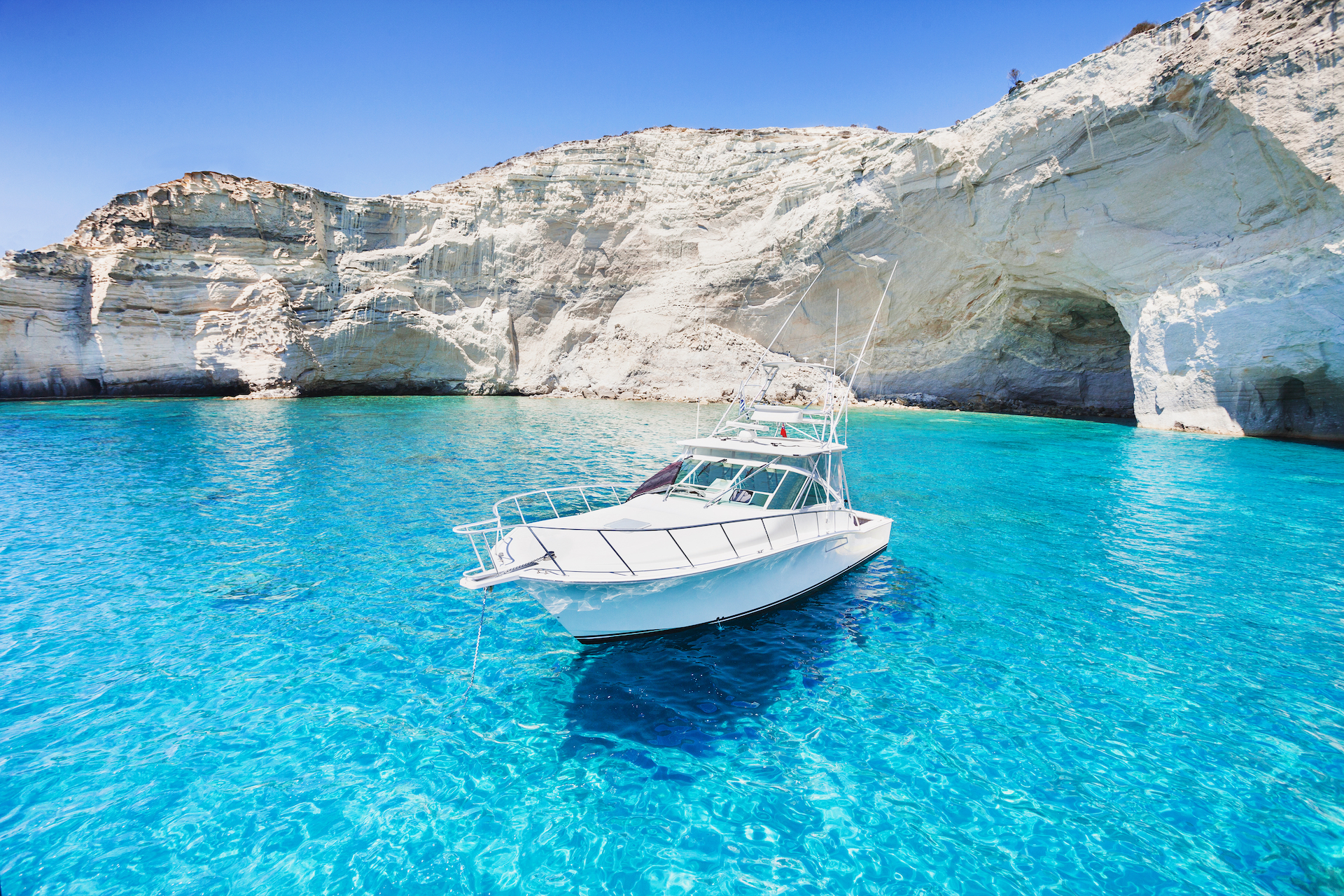